In consideration of vinyl playback it has long been my thinking that the motor is the heart of the endeavour. It is, after all, what moves the groove and it is the groove's motion against the stylus which creates sound. The nature of this motion occurs on the micron level and is then grossly magnified. A phono preamp for a low output moving coil cartridge will have around 60 decibels of gain meaning a magnification factor of 800 to get it to line level. This is then further amplified by a following line stage and amplifier. Given the very high level of magnification those 1 to 20 microns of stylus movement are under it is natural to conclude that the nature of the motion itself will be readily discernible to the naked ear.

Any cogging, vibration or lack of stability will be subject to the same X 800 magnification. Added to this is the ever changing drag of the stylus in the modulated groove degrading the stability of speed for which the motor and its controller has to compensate. The nature of this compensation is similarly under the scrutiny of X 800 magnification. I have said before it is the inductive compensation of shaded pole motors (and their ample size) found on idler drive turntables which accounts more for their sonics than the type of drive mechanism.

Long ago when a Galibier turntable was driven with a Garrard 301 via a belt and sounded more like a 301 than it did a Galibier the motors significance was made plain. This was true of other motors and turntable combinations. Therefore I propose that the major influence of character in a turntable is determined by the motor, not the platter, bearing or drive mechanism given that any of these are of sufficient quality not to be a grossly limiting factor. This conclusion directed experimentation in motors and this blog is to highlight some of the results of these experiments. 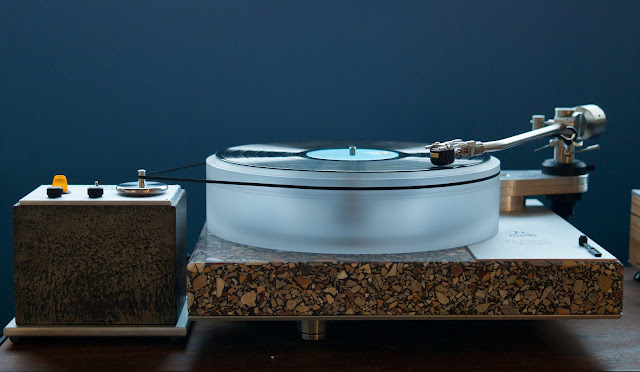 In order to frame the variable of motor influencing audible performance the constants were the rest of the turntable. These motors were all tried with the Foundation turntable combination of platter, bearing, plinths and support - details of which can be found in other posts on this blog. The DC motor controller uses analogue current sensing and adjustment resulting in a what we term "Natural Motion" for speed regulation. It utilises purpose designed motor regulators rather than ubiquitous LM317 types as well as a Schottky fully choke loaded DC supply. I used to have to perf board these until I had a PCB made. 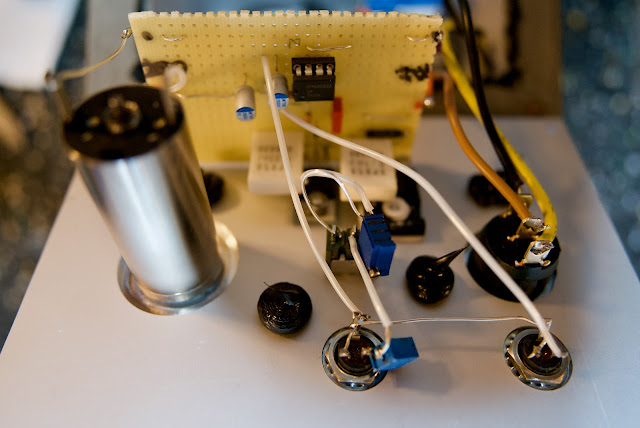 The motor depicted here is the favourite by a large margin. It is a high precision Maxon unit. More on this later in the post... 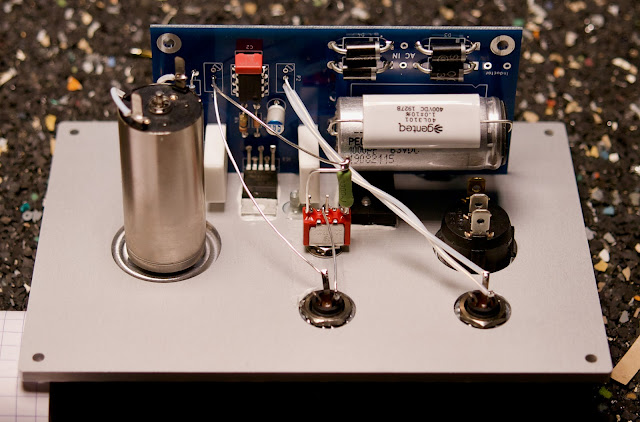 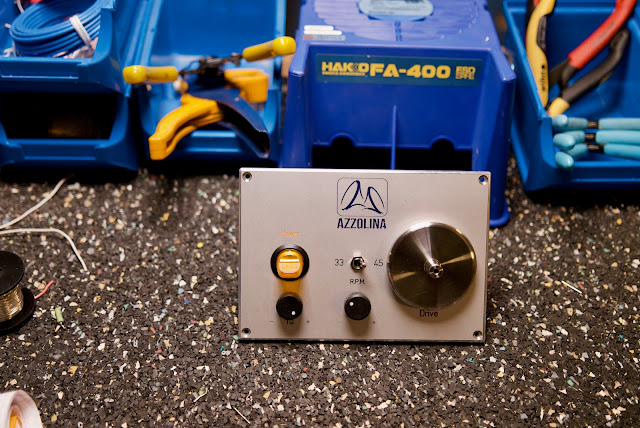 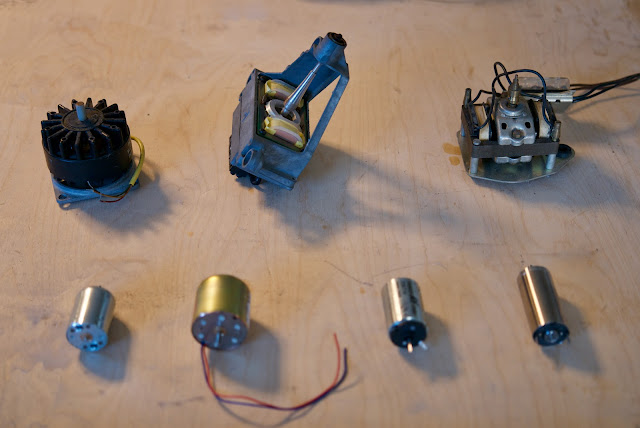 On to the most interesting part (to me) which is the subjective impression left by each of these. As a frame the Premtotec 16141 was the base line as it has a long history of success and I had become very familiar with it over perhaps a decade in the Platine Verdier.

There is no doubt this is the powerhouse of the lot. I do not believe stylus drag has any influence on it at all. The flywheel effect of the rotating case is enormous and the power is more than obvious. The greatest negative was a mechanical presentation. Capacitors were used for phase provision and this was not the best way to go about its power supply. I had thoughts of creating a controller with signal generators and Class D amplifiers but in the end the high noise level of the motor with the wind it generated as well as the lack of detail and mechanical presentation eliminated it for further development. Its power was not forgotten.

Having spun several Lencos as well as 301s for years I know these motors well. I find the Lenco more precise perhaps than the Garrard however it does not have the same groove factor. On the Foundation it was clear the Garrard was more organic sounding or more human. Perhaps it is better to say the Lenco was more HiFi and the Garrard more about music. The differences were small and overall more similar than different. This little Garrard is not the same as a 301 or 401 motor. The thinking was that it might be lower noise than these while still providing the shaded pole inductive regulation of speed change however while having the same kind of presentation it was not as dynamic or expansive.

The little Premotec was a bit of a lark. Some turntable manufactures use it and I thought it might have a chance at lower noise than its big brother. In any case it was a data point. It was the low man on the pole with poor dynamics and not much else to offset this disappointment. I am not a fan of low torque motors although there is a limited genre of them with heavy platters and woefully low torque motors. This provides a very slo mo vibrato. The platter gradually slowing down and speeding up in cycles as the motor does its best being dragged around by a heavy platter. This creates an artificial lushness but the slow speed cycling can be slightly nauseating.

The Verdier sourced motor is a serious piece of kit with an established reputation. Back in the day many die hard idler devotees claimed the Platine Verdier Granito was the one belt driven turntable to have. I found that with battery power (to assist the poor little LM317 who was having its regulation raped and pillaged by the motor EMI) it had much of the idler dynamics and frame with the lyricism and lovely decays of the other camp. In this comparison it is significantly more dynamic (due to the controller mentioned above) while still notably easy on the ears with depth and tone qualities which engage one to listen for depth and nuance in the music. At its price point it is on its own pinnacle. I have not of heard of anything that can do what it does for its price.

If one is willing to spend five times more this motor has a slightly more dynamics and engagement with a shade less lyricism than the 16141. My determination is that it was a push between them - the 16141 slightly more nuanced and the 226774 slight more dynamic. My hat came off to the memory M. Verdier. He found a real gem with good margin for commercial profit. I slightly preferred the 226774 as being brought up with live music I have found dynamics to be essential but the 16141 is no slouch and it had other things to offer, organic, smooth, easy on the ear while having more dynamics than the bulk of belt drives heard over the years.

The 226774 was excellent and kept up with the 16141 in regards to the softer side of things. With its 8.62 nMn of torque the question posed itself: "would more be better?" and so higher torque possibilities were examined. In this same series precision began to suffer in larger versions but the specifications of the DCX series offered more torque with greater precision in a similar sized package and same shaft diameter. At 14.1 nMn of torque it was almost double that of the 226774. Sonically this was abundantly clear immediately and it also had everything the 16141 had in smoothness and decay. This was a clear winner in all aspects save price. In order to verify this two motor pods were prepared, identical to each other, including flywheel capstans, with the different motors. - a "mano e mano" combat comparison with the Verdier motor. It was no subtle contest. The DCX motor had it all - far greater dynamics while staying with the 16141 in ease, lyricism and beautiful decays. It is seven times the price but also the best sounding motor I have personally heard. Dynamics are quite pronounced, perhaps because of the quieter background than idlers provide, but none the less quite engaging, even captivating. 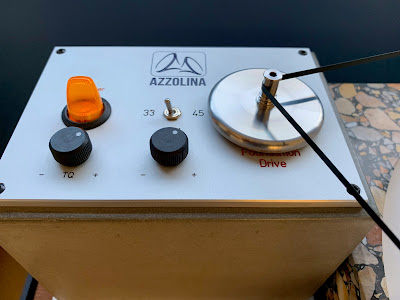 Whats next? Well, a bigger brother of the DCX is sitting on the shelf waiting for its own capstan to be completed. Its 4mm shaft needs one of its own size. It will provide 32.9 nMn of torque - double again - and has the same precision as that if its little brother. Cost factor now more than X 10. A follow up blog will be posted of the sonic impressions it makes. 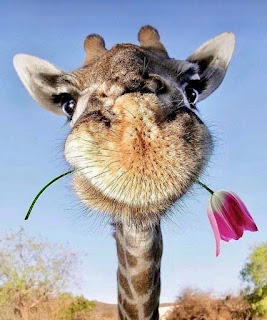