The Tale of Three Horns... Variations of the Western Electric 32A Horn

Many questions come in about the Western Electric and Altec 32 horns which we reproduce.
This post will illustrate some of the differences in this horn as it evolved in production. 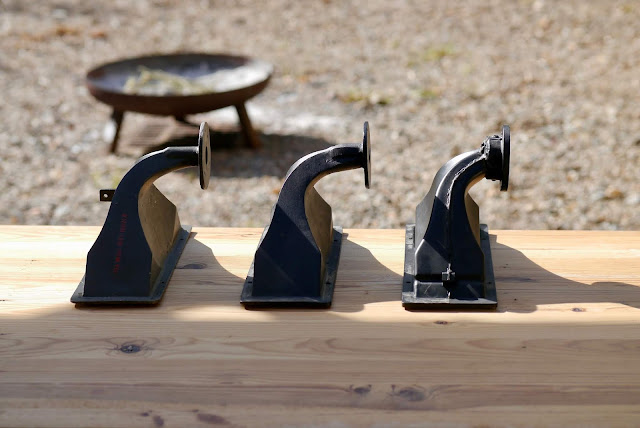 Here are the three main profiles. On the left is the WECO 32A, centre Altec 32A, on the right Altec 32B (which is the same as the 32C but without the strengthening fins for the throat). There were some other minor differences - mountings, external braces, etc... however these three types are the most significant in representing the horn profiles themselves which are all different. Most obvious difference in this picture is the shorter throat on the right horn - Altec 32C. More on that later. 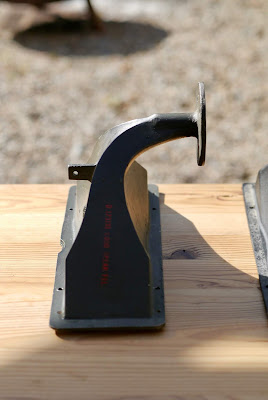 We should begin at the beginning which was the Western Electric 32A Horn. This horn was featured in one of the legendary speakers of Western Electric - the 753c where it was coupled with the 713 driver. 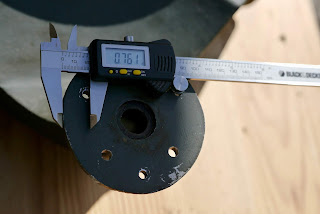 This horn has a recess for a sealing washer of 1" and its throat then begins with a 0.76" aperture which corresponds to the 713. The throat expands smoothly from this aperture in a complex, exponential expansion which could be a post all its own. Suffice to say that it is asymmetrical and appears to have a high frequency dispersion feature on the rear of the expansion. 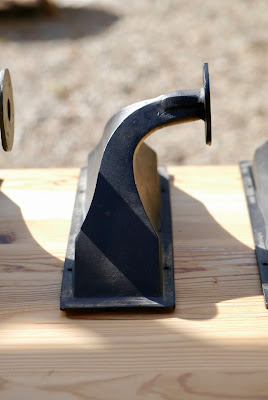 Next is the 32A which came to Altec as part of the 1938 consent decree that established Altec. This horn is externally very similar to the WECO 32A however there is a considerable difference inside. 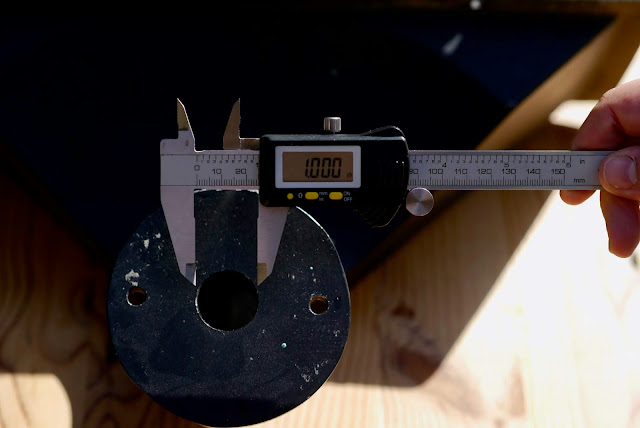 First of all there is no recess for a sealing washer and the aperture begins at 1". As can be seen from the first picture in this blog the throats appear to be the same length (and it is).
A question poses itself:
"If the horns are the same length, have the same mouth area, and there is an increase in initial aperture size of almost 35% what are the differences in horn expansion?"

To see this more clearly a silicon relief was taken of the Altec 32A throat. 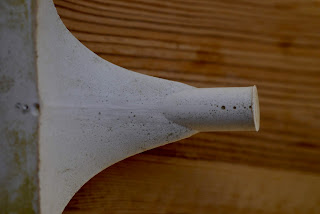 It is quite apparent these were cast in the same mould and then reamed to 1". 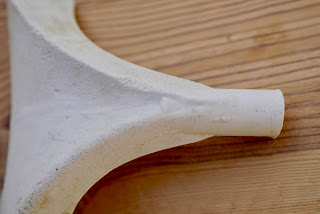 Here you can see the tool mark where the drill penetrated the rear expansion.
Since Altec produced 1" drivers such as the 802 perhaps this was the quickest way to adapt the horns for them. Every Altec 32A I have seen is the same including original paint inside the throat. 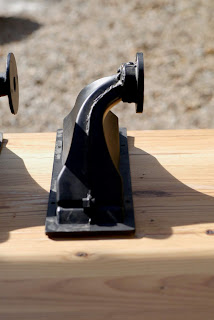 Lastly the Altec 32C. It is quite clear this horn was produced differently from the other two. It is made of plastic instead of aluminium. Its two halves are joined together along the sides instead of top and bottom and the throat is shorter. 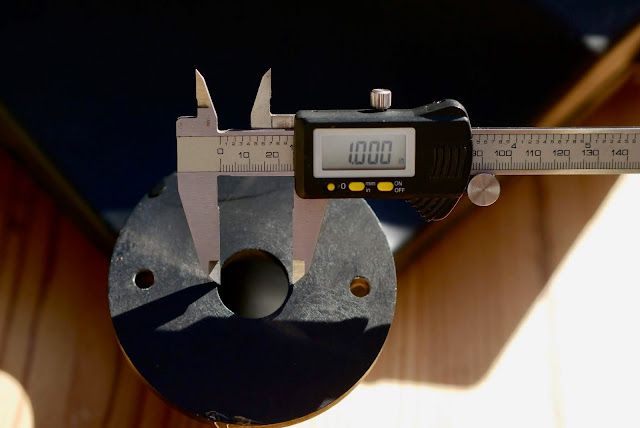 Instead of drilling out the throat it is truncated at the point where it is 1" and so the expansion does not suffer parallel sides as in the Altec 32A. It is no wonder that the 32A and 32B or C sound different as this is a greater difference than the horn material. (The only difference between the 32B and 32C are external braces to avoid the plastic throat from breaking during shipping and handling as this horn was used extensively in stage monitors.)

It is for this reason that if a 1"driver is used here is cause for the metal Altec 32A to be avoided and the plastic version preferable IMHO. There is also a lot of mislabelling these horns which adds to the confusion.

The Western Electric 32A with an appropriate sized driver like the 713 or (gasp!) the Klipsch K55 is the finest sounding of these horns - to these ears - especially in the vocal range.

For smaller venues such as the home the smaller diaphragms work very well - for the vocal region.

For this reason we reproduce just the WECO 32A and Altec 32C versions in bronze material.

Here are some picture detailing differences in finishing. 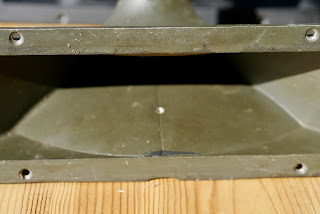 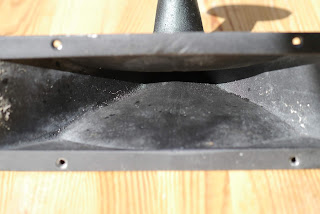 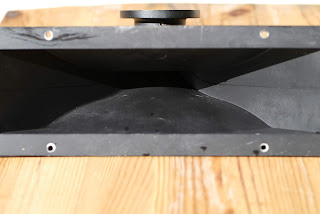 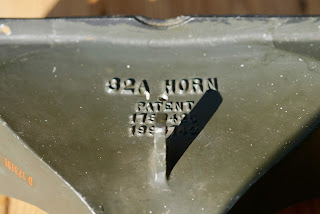 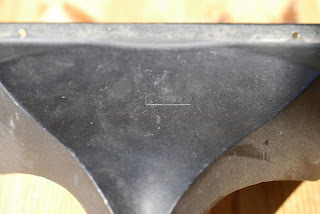 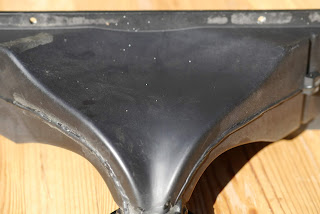 No question where the quality was. The WE is built like a tank, better post processed and the one you see here has seen military action and is still with us. 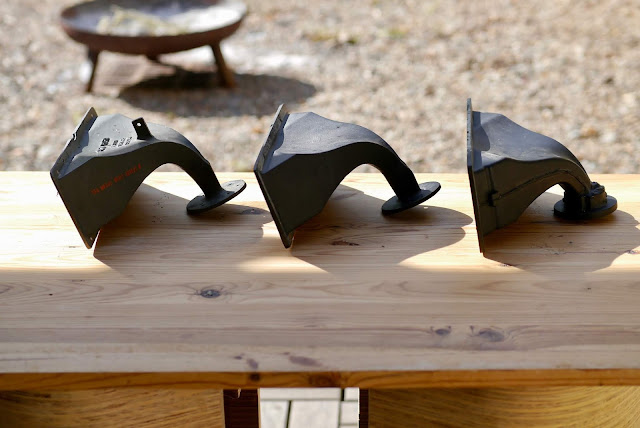 I hope this sheds a little light on this most interesting and fine sounding horn. Put the appropriate sized driver on the WECO 32A or Altec 32B/C and enjoy...

Email ThisBlogThis!Share to TwitterShare to FacebookShare to Pinterest
Labels: 32 Horn